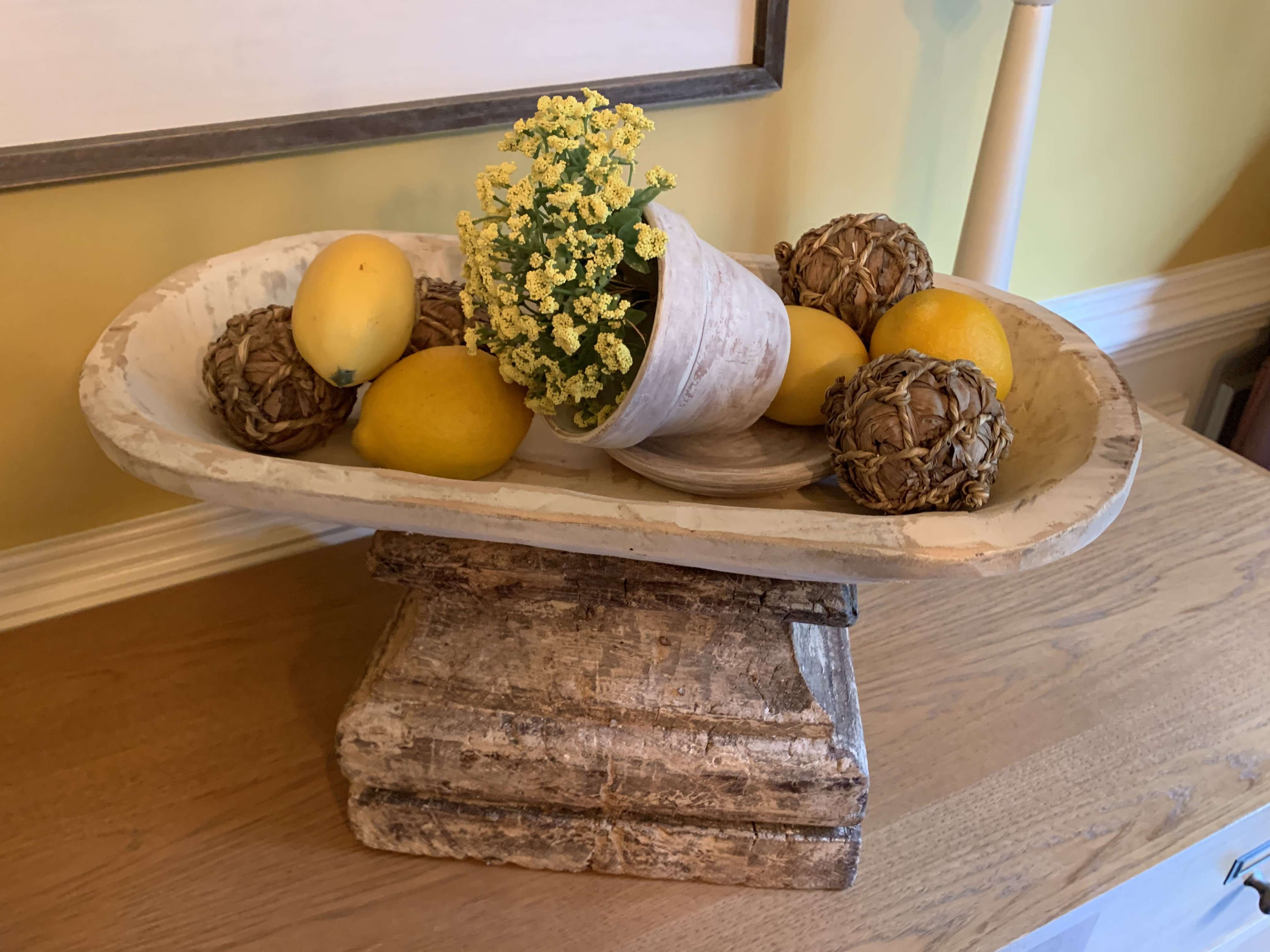 I know, I know- it’s been a month since the last post and for that I apologize…again. The entire reason we wanted to share some of the recent past is to give you insight into what a train-wreck our lives can be, just like most people- especially those that venture into their own business. You are not alone! In this update, I get y’all caught up to June of this year and how the first half of the year put us on our back-side and all of the things that we didn’t see coming. Thank you for joining us for this crazy ride…

CHA-CHA-CHA-CHANGES…– There is a recurring theme within the lives of those that start and run a business, whether service or product based, and that is changes in direction are constant.  Heraclitus, a Greek philosopher, is often attributed with saying “change is the only constant in life”- or if you prefer the David Bowie version, “time may change me, but I can’t trace time”.  Either way, changes are coming and while not always clearly good or bad, your adjustments can dictate success (however you define that).  If you recall our last blog-post, A True Appreciation For Shrimp & Grits …Part 3, our final words of wisdom in 2018 looked like this:

“Heading into the New Year, our primary focus would be dissecting the ecommerce piece of our business and developing a plan to not only drive more people to our site, but to actual get them to spend some money.”

Cue up the sound of screeching brakes and visualize the 180-degree rotation of our entire thought process.  The start of 2019 pivoted from our e-Commerce focus to look at figuring out how to have our own physical space that didn’t involve roving from town to town like a gypsy.  To be fair, this was more instinct than deep, meaningful introspective, and after all…there were bills to pay both at home and in support of our fledgling company.  I’d be lying if I told you we weren’t robbing Peter to pay Paul.  We just gave it a really hip and cool term, BOOT-STRAPPING, which made us feel neither hip nor cool…just broke.  The website would have to wait- we needed day to day cash-flow and as the months since Rhonda’s retirement quickly approached a year, it was clear our current direction would have us sleeping under a bridge by Summer. We weren’t anywhere near ready to open our own store and the only festivals and pop-up-shop opportunities were at least 5-hours away in Florida.

FLIPPING OUR STATUS-QUO ON ITS HEAD- What we needed was a permanent pop-up-shop, but what we didn’t need was all of the things that go with a permanent location, ie; lease payments, payroll expense, and all of the “things” that go with opening a full-fledged store.  Several options existed and Rhonda and I dug into the who’s, what’s, and where’s of these mostly “Antique Malls” to see if we could find one that fit our brand. One thing that you will hear us preach is BRAND.  From day one we have stood on the belief that if something doesn’t fit our BRAND, we don’t do it.  Short-term profit at the expense of long-term branding strategy is not a good investment and we try very hard to avoid those expenditures.  We don’t sell antiques, we won’t get into pricing battles with mom & pop hobbyists, and while our intentions are to play nice in this world of “booths” and 10’ x 10’ cubicle-like spaces crammed into a warehouse, not just any location would do.  What we found was a gem of a boutique called Status Home Design, right in our home town. The owner Leta and her team, were exactly what we wanted.  The mix of other vendors (about 70) was seemingly in-line with our branding strategy, while our style complemented, without over saturating the store with identical product mixes.  For those who aren’t familiar with the “booth” concept, you basically pay rent for your space (between $1 and $4 per square foot) and then you give a percentage of your sales (7%-15% plus credit card fees) to the owners each month.  The benefit is you don’t have to do anything but keep your product in-stock and collect your profit at the end of the month. They manage the staffing and the customer service- usually a win/win situation.  Sometimes though, there’s conflict- both with other vendors and even owners, who (in their minds) are competing for sales.  So, they basically give their product away because they don’t have a clue what gross profit is or means, don’t have any type of pricing strategy, or just have a need to call themselves entrepreneur on Facebook.  We get it “Sally Soccer Mom”, you can drop the price on the 8-stem floral arrangements you picked up at Hobby Lobby with your 40% off coupon.  Just making your rent payment at the end of the month, however, is not actually making a profit and contrary to what you tell yourself, you won’t be here in 3- months…let’s move on.

IF ONE IS GOOD, TWO MUST BE BETTER- January, February, and March all rolled along fairly uneventfully with our move into Status, as well as a relocation and upgrade to a larger space at Lakewood.  Spring brought a quick warm-up outside and with it a few more festivals in Georgia and closer vicinity to Atlanta.  Strong January and February sales in Status gave us hope that this was a solid direction to take rusted fence, with discussions of finding the upscale vendor boutique in every major metro area from Tampa to Charlotte.  We would open small 10-20 boutique spaces and based on the Status math, would build our empire without hiring one single employee. Location number 2 was Simple Finds in the even more upscale area of Dunwoody, GA and while our space was smaller, this was an established and trendy area of old money mixed with young professionals.  Talk about a gold-mine…well, we talked about a gold mine, except it never actually worked out to be one.  I take the hit for the Dunwoody decision- Rhonda pushed back on that location from word one.  She was unsure if our customer was in the toney Buckhead area store, and once again, she was right.  I can’t be certain, but my belief is partly that we don’t charge ENOUGH for that customer, that their value is in how much they can say they spent, versus the product or its uniqueness or value.  Lesson learned and it was learned quickly.  One of the biggest benefits of these booth locations is the short-term lease agreements for the space.  All in all, we kept our losses to a minimum, forfeited a small deposit and moved on. Location number 3 was more of the same, just different customer base, or lack of it.  We were a little gun-shy with the Simple Finds losses mounting, but made the decision to move into Modern South just outside of Athens, GA if for no other reason, to offset some of the losses at the Dunwoody location.  This was also predicated on the fact that this was a predominately rural area that was more akin to our product line and no binding lease agreement was required.  We could move in right away and move out with a 30-day notice…and that’s about what we did. 3 straight months of red ink made that decision even easier.  The boutique that Amanda has in Statham is idyllic, in that it’s in a small town and in an old building on what is considered Main Street.  The problem lies in the sheer size of the surrounding population in that the footsteps in the store are just too minimal to support the location.

DON’T LET THE DOOR HIT YOU IN THE BACKSIDE- The first half of 2019 also proved to be the death knell for my corporate career and my time with Publix.  You won’t find me dragging this Southern grocery icon through the mud…but I wouldn’t be me if I didn’t give a clear view of my exit.  Clarity for the end of my 25+ years in the customer driven world of retail and operations was more smack on the back of the head than punch in the face- think Gibbs delivering a good “DiNozzo” (inside NCIS reference). It didn’t really hurt, but I got the message.  Promotion of executive leadership (term used VERY loosely) within our department was comical and creation of Senior Management positions to satisfy longevity contests were embarrassing.  Let’s just say I didn’t have Faith in the new leadership and it was decided it was time to go.  Rhonda and I had both retired (not really) in the last 15-months and were now dependent on our business skillset and ability to not kill each other to make this work. The first 5-months of 2019 had been a roller coaster, but quick pivots on poor decisions minimized losses and gave valuable insight into what was coming next…

Please sign-up to follow our BLOG and join us as we continue our adventure into starting, running, and growing our brand.